We kicked off the month by celebrating our second wedding anniversary on September 8th. Actually, we celebrated more so on the 7th, when we went to a nice dinner at Stone Creek Dining. The Bengals were playing at 4 on Sunday and would be playing through dinner, so we opted for celebrating on Saturday instead.  Dinner was delicious, and I CHEERS’d with a mocktail.  Our news was still a secret at this point, and I had to make it look real! 😉 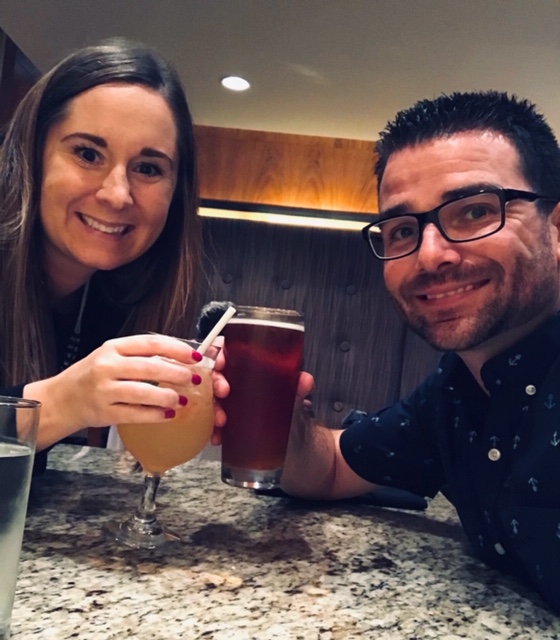 They gave us a slice of their turtle cheesecake to take home and it was to-die-for. I had a couple bites on Saturday, but we saved most of it to enjoy after dinner on Sunday.  We watched the Bengals game and enjoyed homemade Skyline 3-ways before devouring the rest of the cheesecake.

We decided before we got married that we wanted to do the Traditional Anniversary Gifts for each other every year. With all of the pregnancy stress this year, we agreed no gifts, but gave each other Cotton onesies anyway. 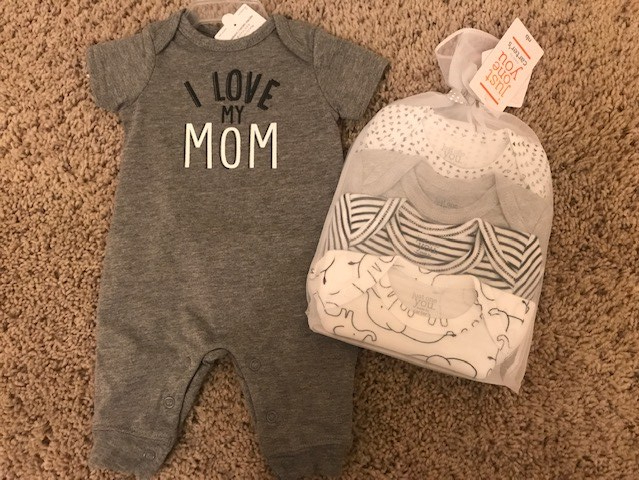 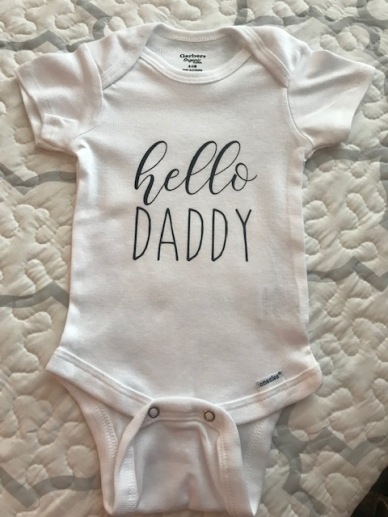 We rounded out the first trimester in September and got to see our sweet little babe at several ultrasounds, and even found out the gender! 😉

We celebrated the marriage of our friends, Brittany & Dave!

We joined friends & walked in a 5K in honor of a friend’s dad who has Pancreatic Cancer. AKA, the most exercise I’ve done in 14 weeks! 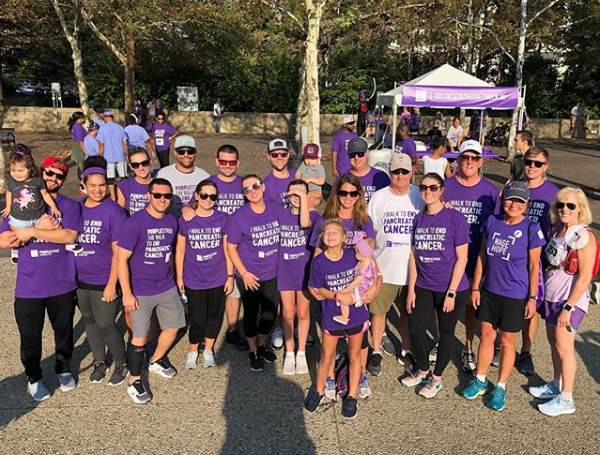 We also celebrated our friend Nikki’s 30th birthday (Hi Nikki, I know you’re reading this!) with a bash at their house at the end of the month. Welcome to the Dirty Thirty Club, girlfriend!

+Chicken Noodle Soup has been one of my cravings lately (plus it’s just the ultimate comfort food for fall) and this Crock Pot Chicken Noodle Soup recipe did not disappoint!  I switched out the Better than Bouillon for 2 regular bouillon cubes because that’s what I had at home, and I boiled the pasta separately, but everything else I obeyed. 🙂 I made a huge batch one Sunday, and we had leftovers for lunch the entire week!

+ After 2 years with my Alta, I finally splurged and upgraded to the FitBit Versa 2.  I pre-ordered it after FitBit made the announcement, so was delivered a day or two after it released!  This watch was just what I needed to motivate myself to get back into an exercise routine. Now that I finally have a sliver of my energy back, I’ve been hopping on the treadmill at night after dinner.  I especially like the exercise-specific tracking feature. I’m able to select my workouts – treadmill, bike, weights, etc. – and get a detailed breakdown of stats. Pretty neat!

+ We FINALLY finished the shadowbox for our third baby angel.

+ I have always had dreams of renovating my childhood dressers for my kids, and this weekend Justin brought that dream to life! He painted and installed new hardware on the shorter dresser, which will double as the baby’s changing table.

I also spent some time clearing out the bedroom that we’ve chosen to be the nursery. It was filled with my clothes and random stuff, so I spent about a week going through everything and either donating to Goodwill or selling on ThredUp.  Sometimes, it feels nice to purge!  In the next couple of weeks we will be choosing a paint color and painting the room. Stay tuned for more nursery updates!

For my readers:
What kept you busy in September?
Any projects you completed, or events you attended?